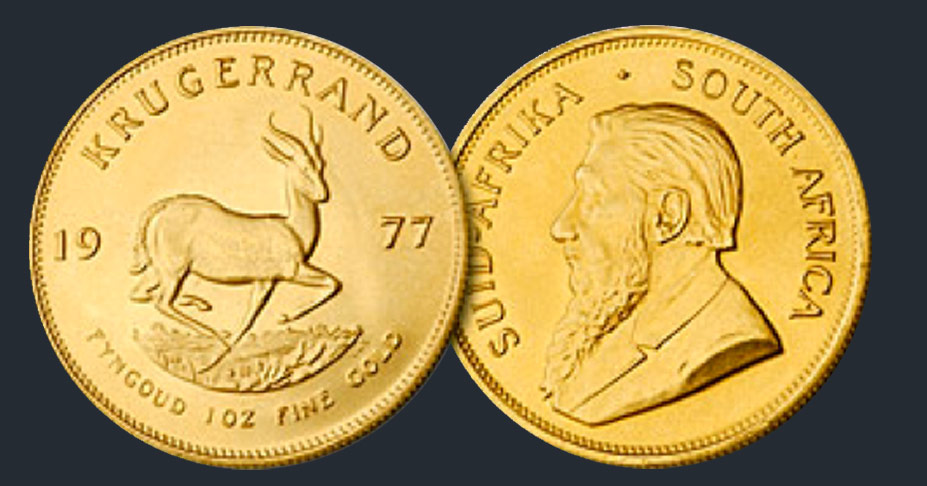 The Krugerrand was first conceptualized in 1964 as a legal tender bullion coin marked only with its weight in gold. The coin was created as a means for the private ownership of gold bullion by the general public and was first minted at the South African Mint on July 3, 1967.

Gold Krugerrands were marketed so successfully that by the early 1980s they held an 89% market share of the entire gold bullion coin industry. The unique concept behind the 1 oz gold Krugerrand was that the coin’s value was dervied solely from the current value of gold. As a result the coin was not marked with a rand value.

The gold Krugerrand’s popularity and success ultimately led to the minting of gold coins by other nations during the late seventies and mid-eighties; the popular Canadian Maple Leaf in 1979 and the US Gold Eagle in 1986, to name just two.